Buy your tickets and skip the line

The work, which dates from the middle of the second century AD, is today considered a Roman copy of a Greek original, made between 330 and 320 BC. by Leocares, one of the artists who worked at the Mausoleum of Halicarnassus. So far it has not been possible to establish its author. Represents the God Apollo, and was a source of inspiration for great artists, it is said that the same Michelangelo, was inspired by this work to reproduce a sculpture of the god Bacchus.

Apollo was one of the most important and popular gods of Greek mythology. One of the twelve Olympians was the son of Zeus and Leto, and twin brother of Artemis. Its attributes and functions were innumerable, which made it one of the most venerated gods of Ancient Greece, preserving its prestige also in the Roman era. He was identified with the sun and with the light of truth, reason and conscience. Besides that, he was the god of beauty, of perfection, of harmony and balance.

Of dimensions slightly above the natural, the Belvedere Apollo is in a dynamic attitude, as if walking. It rests on the right leg, which comes forward and rests on the trunk of a tree in which a snake climbs, while the left, slightly flexed, is behind. He wears sandals and has an athletic body, but softly molded, he is naked; he is still young, but he is already an adult man, as his impassive countenance shows; however, it remains impudent as an image of eternal beauty and youth.

The fame of the Apollo in Antiquity is unknown. In any case, since it was once again exposed in public, it was hailed as a prima-work, and immediately clad in political significance. The Pope himself made frequent allusions to the sun god of Greek mythology and to the statue, in particular, establishing an intimate symbolic association with it. Remember that during this period, the Renaissance, the classical tradition had become very strong, becoming an important part of the language of erudition and serving the powerful as an instrument of self-glorification. Its prestige continued to grow during the seventeenth century, given the influence it had on Bernini, the most famous sculptor of the Baroque and reinforced in the eighteenth century between neoclassical artists, antiquarians and illuminist philosophers. His visit was mandatory for those who made the European Grand Tour, often being presented as the crowning of a spiritual artistic itinerary, an epiphany beyond which nothing else needs to be seen.

The masterpiece has also awakened the greed of Napoleon Bonaparte, who confiscated it from the Vatican in 1797, taking it to France. It was received in Paris the following year with a triumphant stop and much government propaganda, being installed in the Central Museum of Arts (the future Louvre Museum) in 1800 as the greatest trophy of the conqueror. In the meantime, Antonio Canova, the great exponent of neoclassical sculpture, had created with the inspiration of the ancient work his Perseus with the head of the Medusa, acquired by Pope Pius VII. In 1815 the work was returned to the Vatican by Canova himself, who negotiated with the French on behalf of the Pope the repatriation of various treasures. 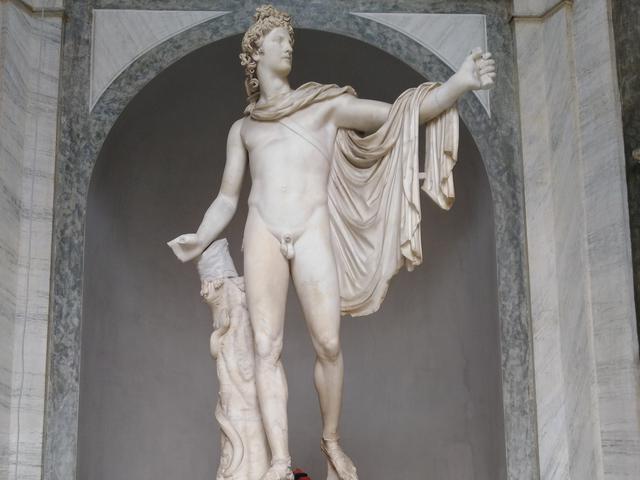 Buy your tickets for monuments, museums, and attractions through our partner Tiqets, at the best price and skip the line